To Visitors to Our Blog,

Thank you for visiting us 🙂

We are from Ireland.

Did you know that Ireland is an island?

Our closest neighbour is Great Britain.

Ireland is in the North Atlantic Ocean. You will see from this map that Ireland

is the third largest island in Europe.

Iceland is the largest island in Europe.

Can you guess what is the second largest island?

(Hint: It is our nearest neighbour.)

Ireland is the twentieth largest island in the world.

Australia is the largest island in the world.

Ireland is divided up into 32 counties

26 of these are in the south of Ireland 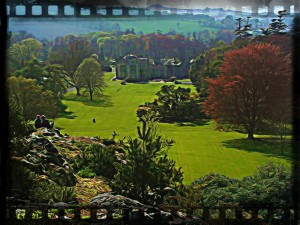 We live in the County of Wicklow.

It’s nickname is ‘The Garden of Ireland’

because it is pretty.

Wicklow is on the east coast of Ireland.

We live 39 kilometres south of Dublin.

Dublin is our capital city. Dublin, is our largest city.

There are 4.5 million people living in Ireland.

Ireland would fit into the USA The most northern part of mainland Ireland

is the Inishowen Peninsula in County Donegal.


The most southern part is  Mizen Head. The most easterly point is the Ards Peninsula, The most westerly point is on the Dingle Peninsula, County Kerry. The longest river in Ireland is the River Shannon  (386 km) We live near Ireland’s tallest waterfall.

Powerscourt Waterfall is in County Wicklow.

However there are three places in Ireland

that we think you definitely should see.

One is the Giant’s Causeway. The Giant’s Causeway  resulted from

the eruption of a volcano in ancient times.

It is a very interesting formation of

40,000 basalt columns that fit together

as if a giant had laid them down.

You can read a legend about how it got its name here. 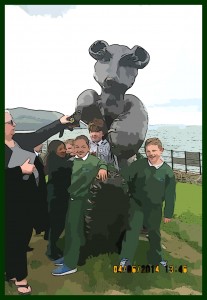 Then there is the Greystones Bear 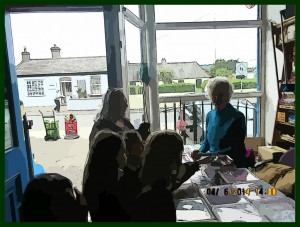 and last but not least is Mrs. Mooney’s sweet shop.

Her sweet shop is beside our school.

UPDATE: Happily for Mrs. Mooney, she is now retired. Sadly for us, we have to walk further for our treats 😉

Take a look at this breathtaking footage from ‘Skycam Ireland’

It was photographed from a drone.

We feel lucky to live in such a beautiful part of the world.