We learned how materials may be changed by mixing. 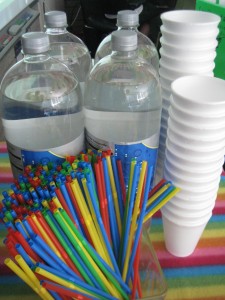 During the year we  investigated

how materials may be changed by mixing.

We mixed water and sugar

and water and salt,

We talked about the ingredients

that are mixed to make pancakes.

We mixed water and baking powder

and made baking powder ‘bombs’.

You can read about that by clicking on this link.

This week we mixed fizzy lemonade … 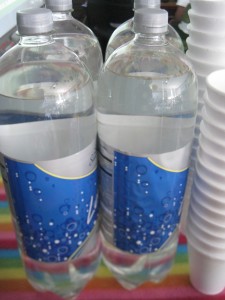 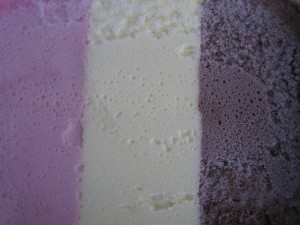 We put icecream in cups and added fizzy lemonade: 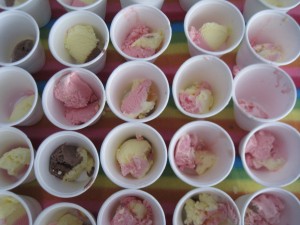 The mixture bubbled up.

We made ice-cream sodas.

We learned it when we did experiments

Experiments we did about growing things.

We are doing a project on the Sun, and the planets in our solar system.

We thought it would be fun to do our project using avatars.

First we wrote down what we were going to say. 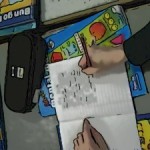 First Avatar Abi will tell us about the Sun.

Avatar Alice talks to us about Mercury

some interesting facts about Venus

about his home planet, Earth.

some information about the Moon.

Avatar Cian has some information about

Guess how many moons Jupiter has?

Avatar Clara will tell you the answer and more!

Saturn has even more moons than Jupiter.

Our reporter Avatar Fiona will tell you about it 🙂

A report from the very special

He is truly out of this world!

This is Isabella’s report on the planet Neptune.

Well done to all.

The experts tell us that Pluto is a dwarf planet

but we are fond of it and wouldn’t like

to see it disappear from school books

Finally Avatar Jake is going to tell us

about the early days of the Planet Earth.

We think we would have a lot more fun

if only we could get our own voices recorded properly on Voki.

At the moment we have to change ‘text’ into words instead.

It is fun, but we really don’t sound like this!

We are working on trying to solve this problem

and are going to try a different microphone.

Has anyone any advice?

We enjoy learning about the planets. 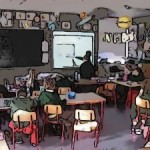 Can you see the planets hanging from our classroom ceiling? 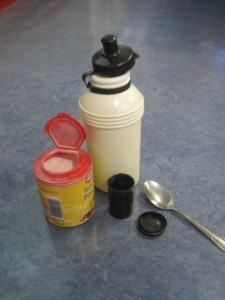 in Science was the day teacher told the class that

she was going to show us some chemical reactions.

Teacher added sugar to water and shook the mixture

and asked us what we thought would happen.

Most of us had a pretty good idea.

Then she added salt to water and shook the mixture

and again we guessed it would vanish into the water.

Then she asked us what would happen

if she added baking powder to water and shook it.

in the middle of the basketball court.

Teacher explained that she was going to

half fill a little black container,

(the type of container that camera film come in)

with baking powder this time.

She would then add some water.

She would give it a little shake

and put the lid on tightly.

She asked us to predict

We thought that the same thing

and that the baking powder would dissolve.

in the middle of the circle

and asked us to stay well back.

Nothing happened at first.

Then suddenly the black container flew up into the air.

The lid popped off and a fizzing bubbly mixture

spilled out onto the ground.

We jumped and screamed

and we asked teacher to do it again

and again until the baking powder was all gone.

It certainly taught us to expect

the unexpected in science! 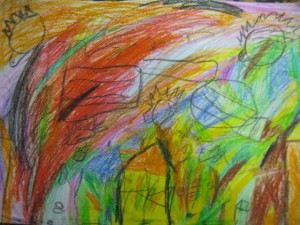 We experimented with magnets

We found out that

are not attracted to magnets.

We found metal was magnetic.

were attracted to magnets.

We found out how strong the different magnets were

by seeing how many paperclips they could lift.

We saw the designs a magnet made with iron filings

We found a magnet could work through a sheet of paper

We lifted a paperclip out of a glass of water without getting wet!

We learned about static electricity as a whole class

and it was very nearly the best fun we had.

Teacher had balloons, blown up all ready for us. We rubbed the balloons on our jumpers and cardigans

When the balloons were charged they attracted

and the balloons stuck to the wall of the classroom.

The charged balloons were unfriendly to one another

and when one charged balloon

was placed beside another

The funniest thing was the way

a charged balloon made our hair

stand up on end.

We did this on a dry day

and it worked well.

On a damp day teacher had one balloon

and we were surprised when she showed us

that on a damp day static electricity

hardly worked at all.

Our favourite experiments that we did with light

was when we made rainbows.

We held the prism so that the light

from the overhead projector passes through it.

The rainbow danced high on the wall ‘Rainbow On Wall” by Dana Ross Martin on Flickr

When we experimented with water,

We made plasticine boats.

We saw how many dried peas they could hold before the boats sank.

Here is one of the experiments we did with sound

We got two tin cans and string

from the box of sound experiments.

There was a hole at the bottom of the can.

We threaded the string though each hole

and put a knot on the string to stop it pulling through.

We passed the can to a friend who moved

far enough away to make sure that

the string was tight.

We talked into the cup

and we could talk to our friend

We then let the string not to be so tight.

The sound wasn’t as good then.

Recently we did some experiments

To one we gave no water.

Another we gave water

but then put the jar in a dark cupboard.

The last jar got water and light.

Teacher asked us what

We guessed the jar with no water

would have seeds that didn’t grow at all.

We thought the ones in the dark

We thought that the jar

with light and water would grow well.

We were surprised when

the pea seeds kept in the dark grew so much.

We were surprised that the plants were pale yellow.

Now that plant is on the window sill

and we move it round to see it grow towards the light.

Teacher said that this experiment reminded her of a poem

I call it mean!

We also saw how water travels up to the leaves of a plant.

We did this using food colouring. 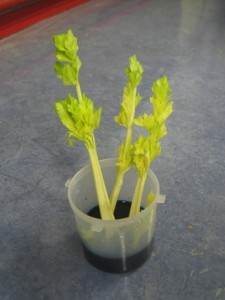 After two hours traces of the blue food dye

that the celery sticks were in

started to show on the leaves of the plant.

After two days this was the result: 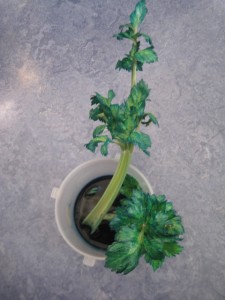 We think that is probably mean too!

If you would like to tell us what you think,

Our enjoyment was much enhanced by

that was featured on Seomra Ranga.

We especially appreciated the Science Joke

at the end of each round that eased the competitive tension.

2nd Class Room 6 enjoy Science each and every week.

We are very lucky because we have large plastic boxes

available in the school full of all the equipment

we need to do science experiments.

There are boxes for each strand of the Science curriculum.

They look at things carefully.

(We come up with some pretty funny answers sometimes.)

(This is our favourite bit!)

We know that safety is very important.

This is an important part of ‘thinking like a scientist’!

Some of the equipment we use in experiments is delicate.

Some of the equipment is made of glass, so we have to be careful.

We follow the instructions of the grown up who is helping us.

We don’t touch things we are not supposed to.

We don’t taste or smell stuff either.

That way we keep safe!

These are the rules for safety in Science that we learned:

1. A responsible adult should always supervise.

3. Do not eat or drink any substance

4. No shouting or messing around with anything or anyone.

5. Long hair should be tied back.

6. Eating and drinking in the laboratory is not allowed.

7. Ask questions if you are uncertain about anything.

8. When finished with your experiment tidy up carefully

9. You may need to wash your hands.

A Science Experiment is not a Magic Trick…

It’s better than that!

Despite the animation at the top of this post…

one of the comments that remains with Teacher

from the inservice days in science is that

it is important not to present science

as a series of ‘magic tricks’.

and to employ the ‘scientific method’ safeguards against this!

Today it was Friday and after a busy week where we all worked hard, Teacher decided that we deserved extra ‘Golden Time’. Having worked at our maths and literacy, then we…

…did science.
We learned about the interesting reaction that occurs if one mixes baking powder and water in a small plastic container (with a lid).
We conducted this experiment in the yard. This was just as well as the results were ‘explosive’.
We talked a lot about the importance of safety when doing science. We observed these rules and we all emerged unscathed.
If you want to try this at home UNDER ADULT SUPERVISION here is a link
***HOW TO MAKE A BAKING POWDER BOMB***

Integration being the key to an holistic education, we continued on the theme of safety and revised the Safe Cross Code employing the following link.
!!!SAFE CROSS CODE DANCE!!! 🙂

Then we watched a section from the Fantasia movie by Disney.
We watched unicorns and satyrs dance to an air from Beethoven’s Pastoral Symphony.
Beethoven’s Pastoral Symphony from Disney’s ‘Fantasia’.
The mood on screen was one of happiness.
Then Teacher replayed this section of the dvd.
The difference was she played a different backing track; ‘The Ride of the Valkyries’ by Wagner.
Wagner’s ‘The Ride of the Valkyries’ from Disney’s ‘Fantasia’
This time the unicorns and satyrs looked nervous as if they were expecting something dangerous to happen.
In this way we learned about the effect music can have!