It may be Autumn, but I am doing a ‘Spring Clean’ on this blog.

This is one of a number of ‘draft posts’ I had saved.

I think now is as good as any time to post it.

As a parent and a teacher, I have strong views

about the use of the word ‘boring’. Children can be bored.

In class I do my utmost,

to ensure this is not the case.

But I think allowing one’s children

to use the word,

gives them a ‘button to press’

in order to get a reaction from adults.

I ask the children in my class

that can be used instead of  ‘boring’.

I love not hearing the ‘b’ word

and hearing the children use

a variety of interesting words instead.

What do you think?

We read ‘Sunflakes’ by Frank Asch
You can read it here.

We talked the images in the poem
and about
what else could fall from the sky!
These are some of the ideas we had: Photo Credit: Graham Walton via Compfight
Lewis – the Liverpool football team
Can you imagine any of these falling from the sky?
Can you see the picture in your mind?
Then we found out about unusual things
that have actually fallen from the sky
and the reason behind why these
unusual showers happened!
The list included
frogs,
eels,
fish,
money
and golf balls! Give a hug ladybug, Photo Credit: plus45 via Compfight Out the door dinosaur!’ Next week we are going to talk about funny ways to say hello.

Look out for the results, here on the blog. 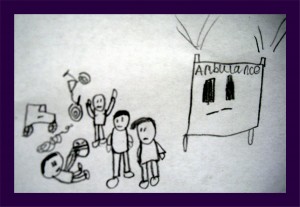 In it, the main character, Bill wakes up one morning

to find that he has changed into a girl overnight.

The story is interesting in that Bill observes

how boys can be treated differently to girls.

about the jobs that men and women do.

First they listened to the following story:

a parent and child were walking to school.

Suddenly there was a screech of brakes

and an enormous thud.

A car and a motorcycle had collided.

The driver of the car got out

and went to see if the motorcyclist was OK.

Two guards came and an ambulance.

and brought the motorcyclist to hospital.

The doctor and nurses did their jobs well

and the motorcyclist made a speedy recovery.

The children were asked to draw a picture from the story.

Then they were asked whether

the people in the story were male or female.

Though it is probably of note that there were

sixteen boys and twelve girls in the class that day,

the results were interesting.

Considered by the children to be:

When the class talked about this afterwards,

they agreed that they had met female doctors,

and guards and male nurses.

Teacher sees a little change since she first

did this survey with an all girls class

twenty years ago. On that occasion the data 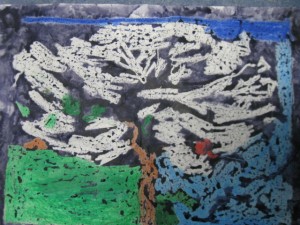 We have just finished our class novel

‘The Owl who was Afraid of the Dark’

that the story followed a pattern.

But let them tell you about it. 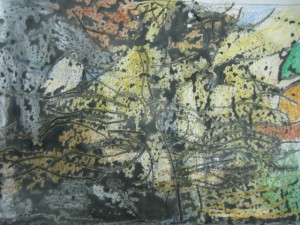 As part of the work we are doing on owls,

the boys and girls enjoyed watching barn owls on this link today.

Click on this link for a video of a barn owl in flight from a nature website called Arkive.org

Today we made a podcast about

the advantages and disadvantages

of living in Greystones. 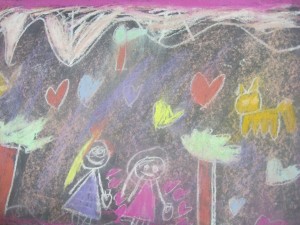 listen to ‘Advantages and Disadvantages of Living In Greystones’ on Audioboo

The boys and girls in 2nd Class Room 6

could think of lots of advantages

We agreed Greystones is

a great place to live.

What do you think is  good about living in your home town?

Click on ‘Continue Reading’ below to tell us what you think. 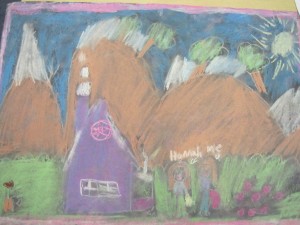 Read more we have written about the town we live in here. 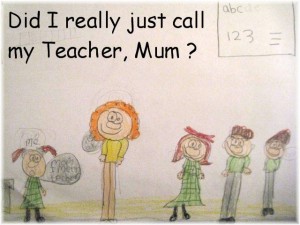 We talked about this question

and we recorded our answers in a podcast.

Each time we made a podcast, we found we had more to say.

This is the first one. Rebecca is the interviewer.

listen to ‘Did You Ever Call Your Teacher Mum?’ on Audioboo

We talked about how we could improve on this podcast.

Rebecca thought about the questions she could ask,

that would help the class, to tell her their stories.

The class thought about how they could give more details

listen to ‘Did you ever ever ever call your Teacher, Mum (2)’ on Audioboo

All the children interviewed said that they had called their

Teacher Mum, at some stage but all said that it wasn’t the

most embarrassing thing that ever happened to them.

So we decided to make a podcast of the most embarrassing

thing that had ever happened to the children in the class.

listen to ‘What was the most embarrassing thing that ever happening to you? (3)’ on Audioboo

This was good practice and each time we made a podcast,

the children had more to say and said it,

I think you will agree in a better way.

listen to ‘A Baby Came To School’ on Audioboo

came up to our classroom.

Clara, Senan’s Mum sat at the top of the class

holding Markus on her lap

and she answered questions

that we had for her about Markus.

in the only way he knew how.

He gurgled and giggled and blew bubbles

at the children in the class.

Markus was a lovely visitor

for bringing him to see us.

Then we made a podcast about the visit. Click on the link at the top of this post to hear more!