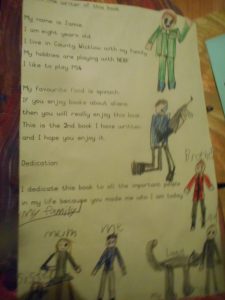 Once upon a dangerous time for Planet Earth,

there lived a heroic soldier whose name was Aldo Safara.

He was the bravest soldier of all.

He lived in Frenzy City

He had crazy, blue hair from exposure to too many explosions:

both electrical and nuclear, frags and inventions.

He liked eating healthy food like spinach, broccoli and carrots. 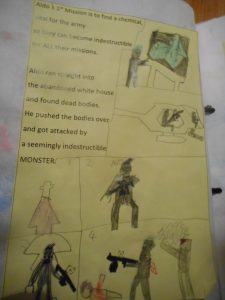 In that city there also lived an evil scientist called Zeuz.

He was as wicked as the wickedest wizard

that you have ever heard of.

He had terrible plans for the world as we know it. 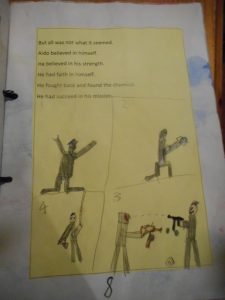 Aldo had a good friend who was also in the military.

He was the commander of the squad, Cody.

One day the menacing scientist unleashed

an army of aliens and dragons

The aliens came from Mars.

They were green and gooey lizards.

Poison oozed from their slithering scales.

The dragons came from the past.

They shimmered blue and white

And could freeze people to ice

With a look from their green eyes.

The aliens were at loggerheads with the people of earth. 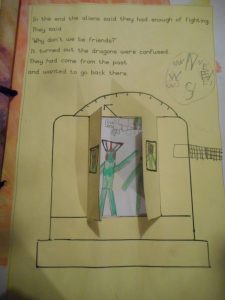 There was a terrible battle.

All of the army of the City of Frenzy died except five brave soldiers.

and Corporals Arron and Kya.

Our world as we know it was in difficulty and danger.

The people of Frenzy City and

Planet Earth looked to be in terrible trouble.

What could five brave soldiers do in the the face of danger?

Where would this story finish?

Would it be the end of the world as we know it?

In the end the aliens said they had enough of fighting.

The people of Planet Earth accepted this offer of peace

and the humans and the lizard people  lived in peace ever after.