Jemima lives on a farm.

In this story she tells about the farm where she lives and her life. 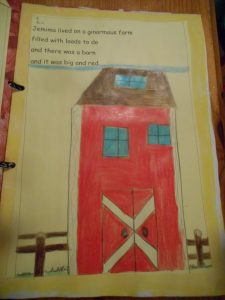 Jemima lived on a ginormous farm

filled with loads to do

and there was a barn

and it was big and red.

She lived on the farm

with her mother and father

and her two brothers.

Her favourite thing to do on the farm

was to have races with her brothers

and to visit her friends that lived on the farm.

Her favourite friends were the dogs and the cats. 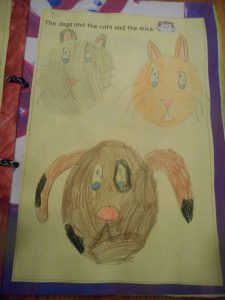 Jemima feels happy and at home on the farm.

and to see loads of green grass and green trees.

She loves to feel the soft ground under her feet.

She loves the country smell

and she loves to eat apples and carrots.

YES, you have guessed it.

Jemima is not a girl,

Jemima is a horse. 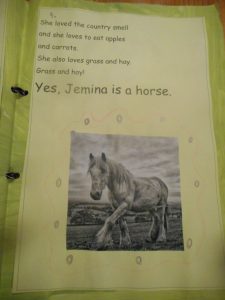