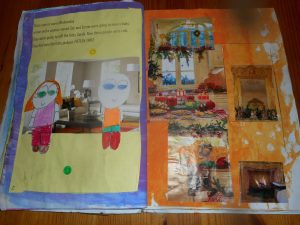 Once upon a warm Wednesday

a man and a woman named Zac and Emma

were going to have a baby.

They were going to call the baby Sarah.

Now these people were rich.

They had won the lotto jackpot. FIFTEEN TIMES

He likes likes walking and talking. He is 28.

Emma is 24. She likes winning the lotto.

But the money Zac and Emma had won was running out.

You see they lived in a giant mansion with

and fifty five bedroom that are all en suites.

The smallest bedroom is about 7 metres wide and 6 metres tall.

The kitchen is over 16 metres wide.

and would make you feel very comfortable

and make you feel at home. 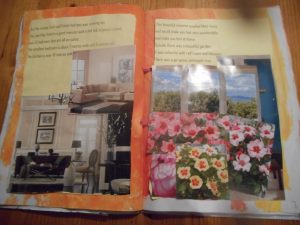 Outside there was a beautiful garden.

It was colourful with red roses and blossom.

There was a gorgeous pineapple tree.

It was a good place for relaxing.

But it cost a lot of money

to keep the house and garden looking so well.

As well as money problems there was another problem.

The other problem was that Zac was also a thief

and was in jail

and the baby was going to be two weeks early

and so there was only one week left before the baby would come.

Emma was worried, with Zac in jail for seven months still.

Emma has to work to pay the bills and who will mind the baby?

Here is what was going on in Emma’s head:

‘Zac is still in jail and the baby is coming soon.

With just two days left I will have to win the lotto again,

so I must go to do this.

Quick I’m going to the jail to bail Zac him out.

Then Emma changed her mind.

After all Zac was a crook.

She went to the hospital and had her baby.

Zac would have to promise not to be a crook

and to be a good Dad.

I think Emma made a good decision.

What do you think?