Mrs. Todd’s Class from Rocky River Elementary School, Northern Carolina are doing a project about agriculture around the world. We have collaborated with her class ‘The Roadrunners’ before. You can see this work here.

‘The Roadrunners’ asked us some questions about Irish food imports and exports.You can see their class blog ‘Going Global at Rocky River’ here.

Do we import a lot of food in Ireland?

Yes we do. Half the annual 16 billion euro spent on food and drink in Ireland is spent on goods that have been imported. That is 8 billion euro’s worth. Some imports are a result of our climate. Here in Ireland we can’t grow coffee, cocoa or oranges. Many food brands that we assume to be Irish are in fact imported. For example the Boyne Valley is a beautiful place in Ireland but Boyne Valley Honey is imported from Europe and South America. This is because of our wet climate, the lack of beekeepers and the decline of Irish bees.

Siucra is the Irish word for sugar. Last century we had sugar beet factories but they have been closed down.

Now we import sugar from Germany on account of a political decision to shut down the factories.

What foods do we export? One third of our exports and meat and livestock. We are an island nation surrounded by the sea so it is not surprising that we also export seafood.

Nearly half our exports go to our neighbours in the United Kingdom. We also export a lot to Europe. We export beef and dairy to the USA and luxury speciality foods. 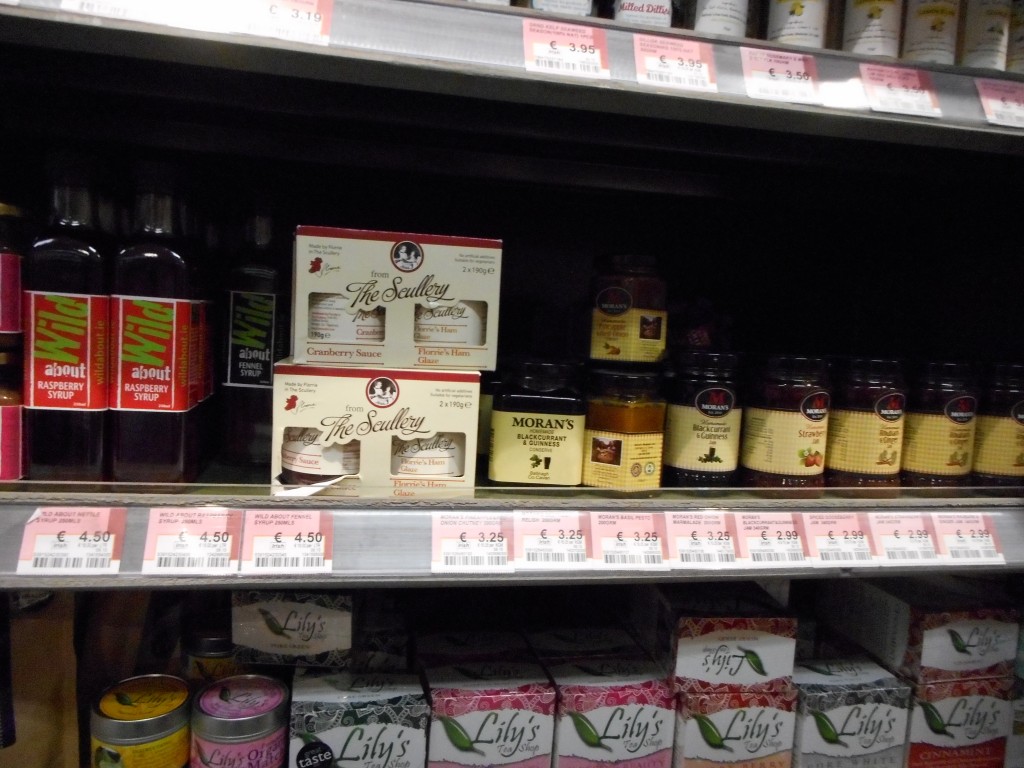 Irish people living in the USA like to eat Irish rashers and sausages and other products. It reminds them of home.

Do we have an international aisle in the supermarket?

We have lots of international food in the supermarket. 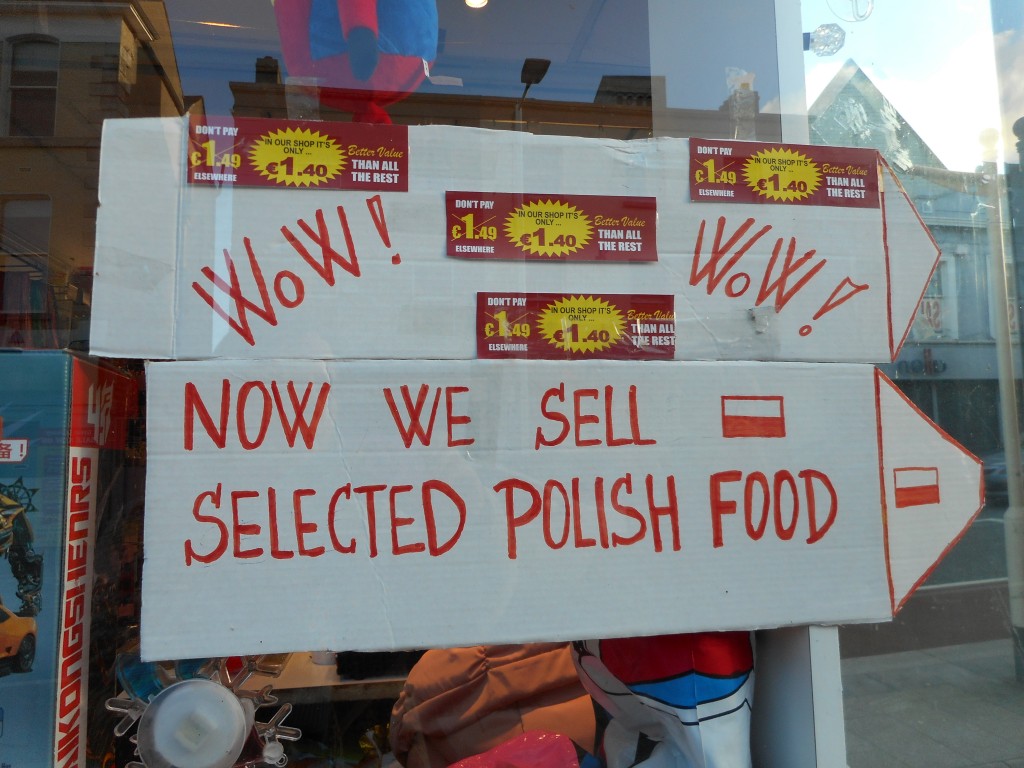 The Census in 2011 tells us that nearly 3% of our population are Polish. There are also a lot of people from other parts of Eastern Europe living in Ireland. We also have many European, Asian and African people living in Ireland.

Irish people who have travelled abroad enjoy foreign food. The result of this is that we find lots of international food in the supermarket. 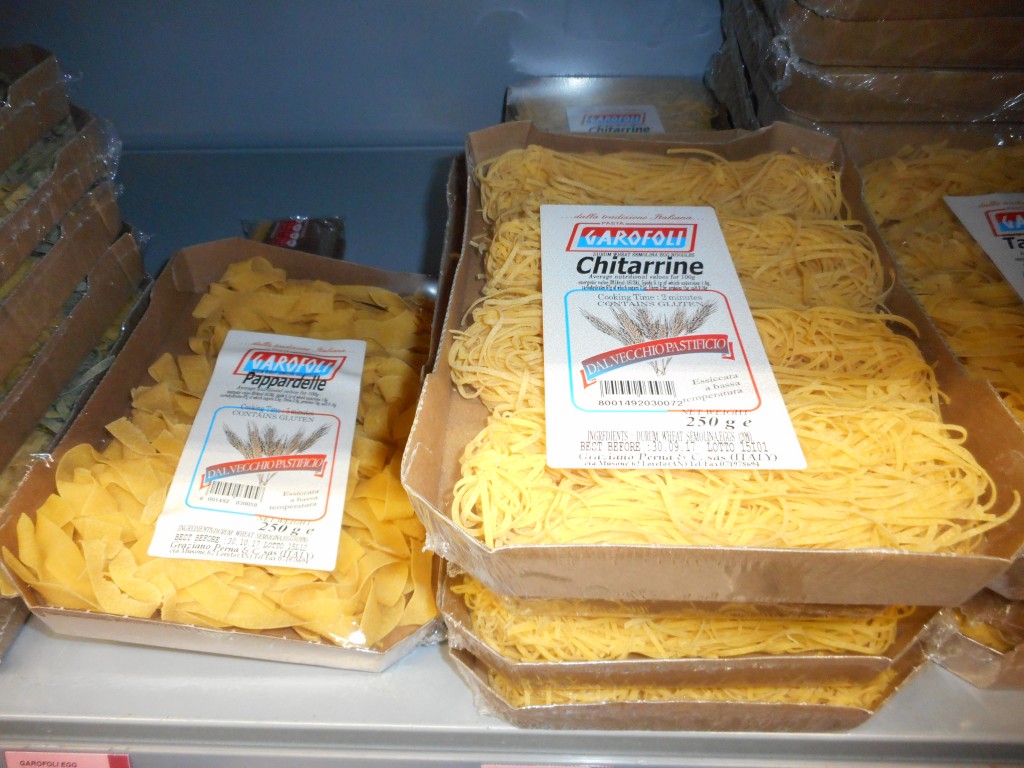 We like to eat Chinese, Italian and Indian food. You can see this on the supermarket shelves. 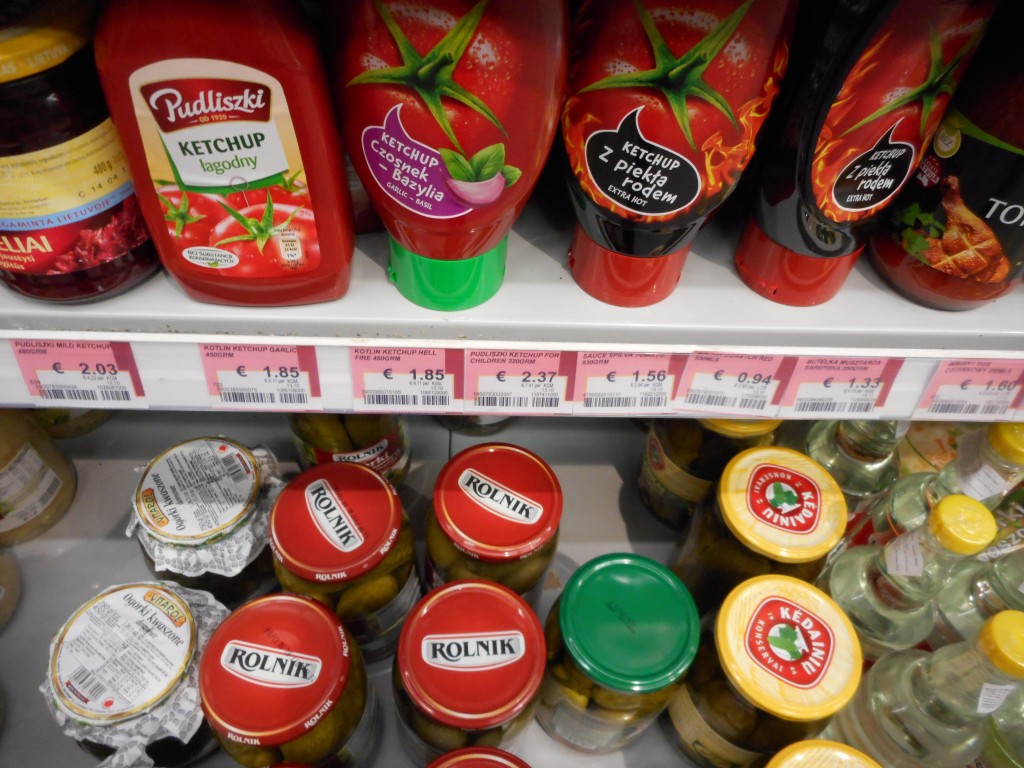 Oreos from the USA are a popular product here among the children in Ireland.

I Believe I Can Fry via Compfight

However when we looked at where the packets of Oreos in the supermarket, we discovered they were made in the United Kingdom under license from the USA.

We were asked are there food shortages in Ireland? Do people go hungry? One thought on “Blogging Buddies: A Response to Mrs.Todd’s Class in the USA. Irish Food Imports & Exports”