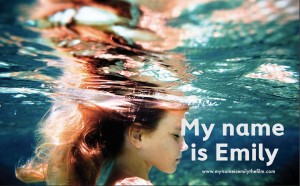 Simon is a Dad in our school.

He wrote a wonderful script

for our Christmas pageant.

to write a movie.

It is called ‘My Name is Emily’

He began writing it with a pen

or typing on a keyboard.

Because he has motor neuron disease

he finished it using

that allows him to type

by looking at letters on a screen.

we wrote about how he was

fundraising to make a movie.

You can read more

of his inspiring story here.

Since then Simon has written

He has been on TV and on

the radio and in the newspapers.

He began making his movie

‘My Name is Emily’

He is now more than half way

We are excited because Evanna Lynch, the

wonderful actress, who played Luna Lovegood in the

‘Harry Potter’ movies is playing the part of Emily.

I don’t ever want @SimonsFilm to end. So happy and love-filled. 💘❤️🚕 🌊

Here in Greystones Simon Fitzmaurice is our Local Hero.

This is the last week of shooting the movie.

The last week of My Name is Emily this week. All good things, to an end they must come 🙁 Been SUCH an incredible experience.

us that you can do anything

you set your mind to. 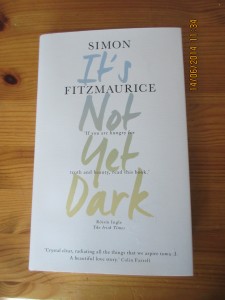