Congratulations to Sinead, Stacey, Alexandra, Patrick and Maks who won Certificates of Commendation in the Texaco Art Competition. Sinead drew Rapunzel. Stacey did a self portrait. Alexandra did a picture of Cinderella in the sweetshop. Maks drew a picture of himself on Mars and Patrick did a picture of a forest. Riona won a Merit Award for this picture of herself and her twin. 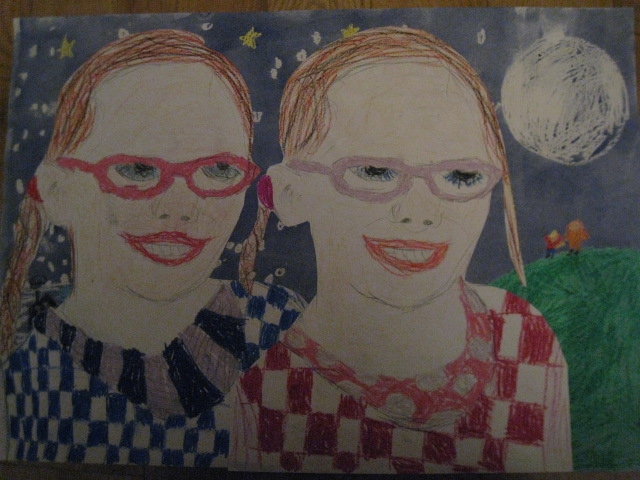 Riona drew a picture of herself and her twin, Naoise.

There were 26,000 entries. One hundred and sixty one students received prizes and merit awards. The next hundred pictures in each of the seven categories received a certificate. That means that these pictures were in the top nine hundred approximately of 26, 000. That is impressive. Well done.
***CLICK ON THIS LINK TO SEE THE WEBSITE FOR THE TEXACO CHILDREN’S ART COMPETITION ***

One thought on “Celebrating Success in the Texaco Art Competition”