Problems written by the whole class
and by some individual children from the class also:

One went pop and the other went bang!

So how many fat sausages were left?

2. Nine aliens in a spaceship.

One fell out the door.

How many were left? (Conor wrote this!)

3. Ciara was walking nine puppies in the park.

How many were left? (This one is by Kate.)

4. The Seven Dwarfs were working in the mine.

Sleepy fell asleep and Grumpy went home in a huff.

How many dwarfs were left?

and Summer, the Holiday Fairy

all went to the Talent Show,

but Destiny lost her voice

and was sent home by the judges.

How many fairy performers were left? (by Riona)

and Jessica the Jazz Fairy all lived in America.

They all flew over to England to go to the X Factor.

Jessica lost track of time and missed her flight.

How many singers were left. (by Nadine)

How many were left? (by Maks)

8. Ten Smurfs are in a village.

Three got taken by Gargamel.

How many are left? (by Patrick) 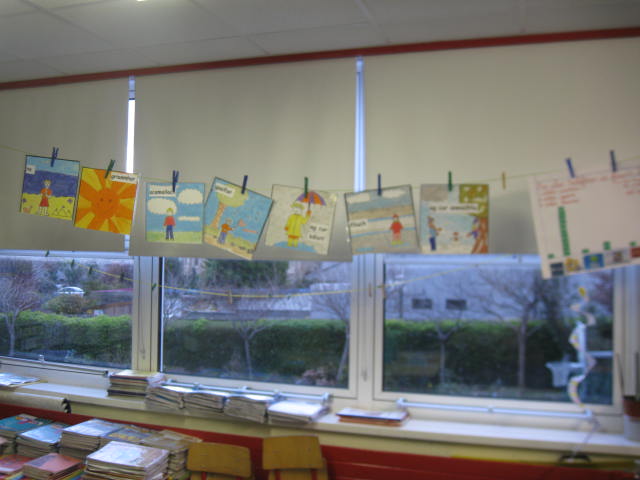