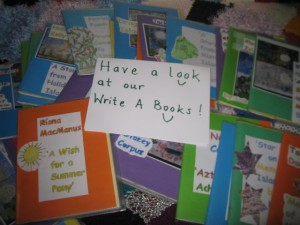 CHAPTER ONE
A Wicked Dragon
Once upon a dangerous time when dragons ruled the world there lived a knight and a king. The king was a King Dragon, King of…All Dragons. He lived in the Biggest Cave in The Universe. His name was Fire.

CHAPTER TWO
A Good Knight
The Knight’s name was Conor. He had eyes, blue like water. His hair was like crystals of gold. He was very strong.
Fire King of All Dragons was bad, very very bad. He didn’t have any friends because he was so evil. But he had evil dragons to help him.

CHAPTER THREE
The Knight’s Mission
The knight called Conor was on a mission to kill all evil dragons.
He killed the first one and the knight’s sword broke.
The sword had to be fixed before he could go any further.
But no, the sword was destroyed. It could never be fixed.
Conor would be in terrible danger until he got another sword.

CHAPTER FOUR
The Search
The knight called Conor had to find the most powerful sword in the Universe.
Conor traveled for many days. The sun was like a ball of burning fire during the day.
At night the moon was like a huge rock of ice. The sky was like a carpet. The clouds were like pillows.
But Conor couldn’t sleep for long. He was thirsty. The water was like a mirror. The reflection was transparent.
In the water Conor saw a golden sword covered in diamonds and crystals.

CHAPTER FIVE
The Most Powerful Sword
Conor reached into the water and took the sword. It was more powerful than he imagined. In the end the sword didn’t kill the Dragon King. Instead the Dragon King became a good dragon and all his evil dragons disappeared. That was the power of the sword.

CHAPTER SIX
That night there were fireworks to celebrate. Conor had a cup of tea with Fire.
Ryan was the Black Knight.
Maks was the Red Knight.
Vagif was the Silver Knight.
Jessica is a dragon with a baby and a husband.
That was a night of celebration, fun and friendship. 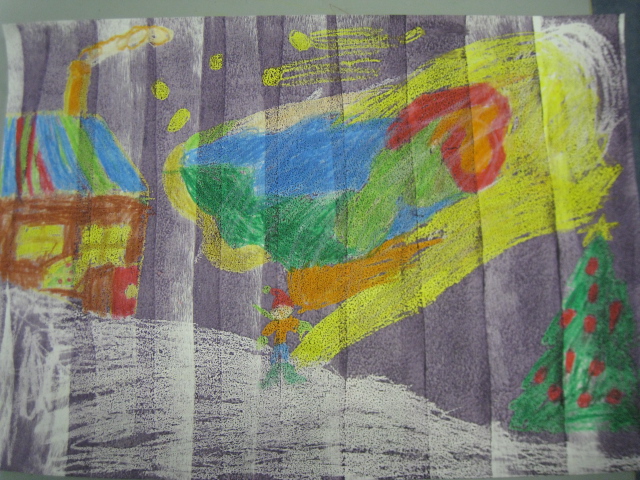