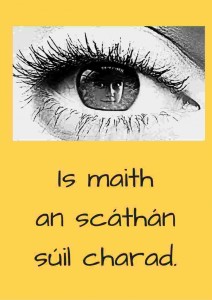 In September we got an encouraging message all the way from New Zealand.

‘I just wanted to say how inspirational and how exciting it is to know that your blog is up and running again because your students are posting. We still have our Leprechaun as a big part of our classroom display and focusing on the world and we are so grateful for the comments and feedback that we have received.

Our students have been able to have a little window into your life and culture and we are so much the better for the experience. Although we are never going to meet in person it is such a wonderful learning opportunity to have the learning connected through the internet and the connections that we have made.
Mr Webb and Room Three, Auroa Primary School, Taranaki, New Zealand.’

We have know Mr Webb’s classes since 2013. We have worked with them in the past. For example we learned about how Maori people introduce themselves using a ‘mihi’. We made an Irish version HERE. We also explained Halloween Traditions in Ireland to Mr Webb’s previous class in Melville.

We were excited to get this message and we replied:

We were very happy to hear from you all the way from New Zealand. We are glad to hear that the leprechaun we posted over to you is still doing well. We agree that it is fun to make connections with you in New Zealand and all over the world over the world wide web.

We were wondering do you have saying or proverbs in New Zealand that are unique to New Zealand. We have some Irish ones here (that we have translated into English so you can understand them). Would you have any sayings like them in New Zealand?

Hunger is a good sauce. (Is maith an t-anlann an t-ocras).

A beetle recognises another beetle (Aithníonn ciaróg ciaróg eile) in other words ‘It takes one to know one’.

A (real) friend’s eye is a good mirror. (Is maith an scáthán súil charad)

Many a time a man’s mouth broke his nose. (Is minic a bhris béal duine a shrón) A row is often caused by something said.

He who is not strong must needs be smart! (An té nach mbíonn láidir ní folláir dó bheith glic)

We think they are colourful and different to the ones we would hear in English.

Would you mind telling us a few of your Maori proverbs? We would be VERY interested.

With every good wish

And we got a reply:

We would love to do a proverb exchange with your students – we have a set of Maori Proverbs that we are going to be working on at this end.

We’re going to create them as a unit of work. We are going to start by looking at your proverbs and we were wondering if there was some way that they could be spoken? A vocaroo or another digital way? Its a little hard for us to read them in Gaelic.

We will be looking at a proverb, exploring its meaning then presenting them as art.
Mr Webb and Room Three, Auroa Primary School, New Zealand

We have been working on digital art for this project. We have used Canva and the photo editing tools on Pho.to and Befunky. You can see the posters HERE. We will add an audio to them shortly using Vocaroo.

UPDATED: Today we got a new message from Mr Webb. He said:

Yes! We are very excited about this project. This week we have a special day at our school. We have our Lamb and Calf Day where students are able to bring one of these animals for a show. Most of the students who are showing animals have been preparing them for Thursday since the animals were born! Half of the students in our class are bringing either animals. Once we’ve got this out the way we’ll complete the proverbs work and we’re very excited about it.

We are interested in what Mr Webb had to tell us. Lambs and calves are being born in New Zealand now. It must be spring time there. We will be waiting until February and March for new lambs and baby calves here in Ireland.

12 thoughts on “Collaborative Project: Proverbs in Ireland compared to those in New Zealand.”